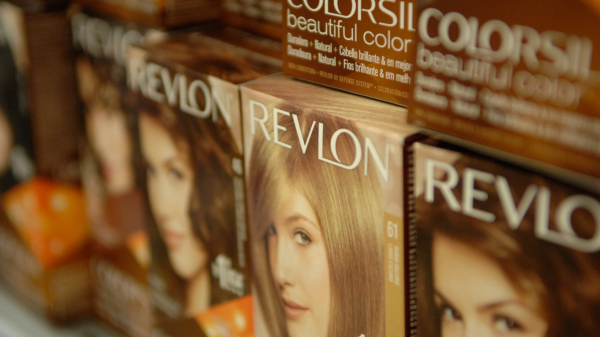 UPDATE (JUNE 16, 2022, 6 a.m. EST): Revlon announces it has voluntarily filed for Chapter 11 bankruptcy protection. The brand hopes that this development will help solidify its ability to produce "the iconic products we have delivered for decades while providing a clearer path for our future growth," as President and CEO Debra Perelman says in a press release sent to Allure.

The company is set to receive $575 million in debtor-in-possession financing from its existing lenders, "which in addition to its existing working capital facility, will provide liquidity to support day-to-day operations," the release reads. The brand cites "constraints brought on by continued global challenges, including supply chain disruption and rising inflation, as well as obligations to its lenders," as the reason for its filing, and hopes that this reorganization and injection of capital will remedy the issues they've been experiencing over the past few years.

"By addressing these complex legacy debt constraints, we expect to be able to simplify our capital structure and significantly reduce our debt, enabling us to unlock the full potential of our globally-recognized brands," Perelman explains.

A widespread dilemma has found American-made cosmetics company Revlon in turmoil. Reports state the brand is set to file for chapter 11 bankruptcy due to a long decline in sales, unfulfilled supply chain demands, and more. It has now become a near reality for the company, which also houses brands including Almay, Elizabeth Arden New York, Mitchum, and CND, to name a few.

Reuters recorded a record-breaking drop as Revlon's stock plummeted by 46 percent on Friday, June 10. The company's stock now stands at $1.17 per share. According to Women's Wear Daily, Ronald Perelman, the largest shareholder of the brand, began to liquidate his assets in 2020, illustrating the company's decline.

Business of Fashion then confirmed that "its annual interest expense was nearly $248 million last year, and it reported $132 million of liquidity as of March 31." The publication also made note of a call back in May with chief executive officer Debra Perelman, where she acknowledged the company's decline and expressed the inability to meet product demand with inflation at an all-time high.

Revlon's potential bankruptcy is also partially brought on by more than 3 billion dollars of long-term debt. In hopes of steering the company away from bankruptcy back in 2020, Revlon sought out several potential lenders to aid the debt accumulated, as reported by the Business of Fashion. Although it was not able to meet its intended funding goal, it did gain refinancing of $1.8 billion dollars of debt.

Allure reached out to representatives at Revlon, who declined to comment at this time.

19 Full-Coverage Foundations That Can Cover Up Anything

This Is How Ariana Grande Does Curtain Bangs

The 31 Best Hair-Care Products for Curls

No comments to show.